Democracy, Elections, Brexit on the 4thof July- A Perspective from 90 Years Ago


Democracy, Elections, Brexit on the 4thof July- A Perspective from 90 Years Ago 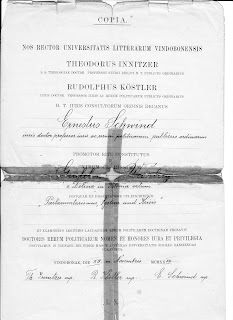 Follow the link for the full text of the thesis
Based on the passage in my book, Courage of the Spirit. Available at Amazon

What are the causes of the crisis? It goes back to the two core principals which inevitably conflict:
“The parliamentary system has two key foundations. The first foundation is the principal of democracy: the people alone determine their own fate. The second foundation is the principal of representation. Since it is impossible for each citizen to directly and constantly involved with all political questions, he chooses a representative who makes decisions on his behalf.
Parliamentarism is therefore a representative democracy yet it is this very principal of representation that bears danger form its beginning.
These prophecies by the theoreticians of modern democracy have correctly predicted: the more that the parliamentary system has developed, and the greater the State has become, so richer and complicated has become the political life, so that more and more, the Parliament becomes independent, absolute, and unaccountable to the people, a world to itself.
Politics has become a science with its unique discipline, methods and secrets. Today, it is so complicated and twisted, that the common man, with average reasoning ability, cannot find his way in it.
The politician becomes a new creation. He is no longer the representative of his thousands of fellow citizens, no longer the fighter and the spokesperson for the others.
He is rather a man for whom politics is his profession, who has become an expert in the wisdom and secrets of the hidden science of politics.
It must also be added that the legal framework today is no longer managed by the parliament; instead it has become completely a matter of the state bureaucracy. This happens because of the degree of knowledge and expertise that is necessary to shape a law today.
Increasingly, the politician loses the common interest of his constituents; less and less does politics arise from the realistic needs and wants of the people.
The parliament has ceased to be a suitable apparatus for dealing with the public good, resting on the broadest foundation; it stands upon artful electioneering mathematics. These delegates no longer represent the people against the State authority and its bureaucracy and no longer adopt policies necessary for civil life; they fail to act as a vent for individual initiative and freedom of the soul. The delegates legislative effectiveness is identified with the will of the state and its political activity and his attachment is to the party organization.
It is no wonder that the people are disappointed and indifferent to parliament, to the parliamentary politics, which then loses their loyalty.
Therefore, in different countries people are looking for a new political form to inherit the role of the parliamentary system. In Europe, there are now two such systems: Fascism in Italy and Sovietism in Russia.”
He finished up his dissertation with some ideas for improving the European systems to better reflect the voice of the people. As I said, he started it in 1926, 90 years ago. In 1928 he received his doctorate, and the signature on the diploma is of the Rector of the University, Theodore Innitzer. Exactly ten years later, as Cardinal Innitzer, he welcomed Hitler into Vienna because, as he saw it, government had collapsed.
It would be facile to equate what we have today with what was happening in the 1920’s and 30’s. Nevertheless, we need to recognize that our system of government is very delicate.  I must admit that I find trends on the far left and in the academic left that remind me of  tactics of a century ago; it is more worrisome because it is supported by tuition from wealthy parents paying $50,000 a year. It is may be just as dangerous as the tactics of the far right, or more so.
Our key concern still must be representatives who listen, and who are open, transparent, so that we can regain faith in our system. We need representatives who can reach across their lines of supporters and talk to the needs of the people who vote against them. We can’t have our leaders putting spins on things, so that failed policies are paraded as successes, or that one position is put forward to the public, while actual policies create the opposite results.
On this 4th of July, we pray that we can continue this nation on its path, believing whole-heartedly that:
We hold these truths to be self-evident, that all men are created equal, that they are endowed by their Creator with certain unalienable Rights, that among these are Life, Liberty and the pursuit of Happiness.--That to secure these rights, Governments are instituted among Men, deriving their just powers from the consent of the governed