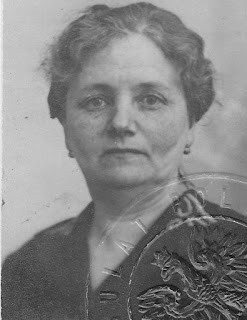 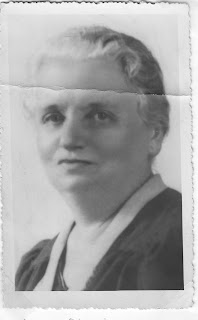 I have, in my possessions, two photographs of my grandmother, Binah. One shows a well-groomed and well coiffed older woman, a look of a peaceful time.
The other is of almost the same period, but here, my grandmother’s hair is tussled, untidied, as if she were just rushing to get out. This picture bears a stamp of the Polish consulate in Vienna, and I realized that it was her photo for a visa or a passport, which she needed immediately in order to get out.

It was 80 years ago, almost to this date, that she had been attacked by frenzied mobs in the wake of Kristallnacht, the night of shattered glass, Nov 9, 1938. She was among the fortunate ones, as she was able, with my grandfather, Shmuel, to get to Switzerland and safety.

Eighty years later , a man filled with hate for Jews, attacked the peaceful worshippers at Tree of Life Synagogue in Pittsburgh. Images of Kristallnacht pop into our mind.

Of course, we are deeply, deeply worried. There is the blatant attack, such as transpired last week. We Jews are still the largest target for hate-crimes against any religious group. There is also a subtle anti-Semitism, whereby the New York Times this week admitted that it has intentionally down played attacks on Jews because the attackers didn’t match any one’s preferred profile for hater.
There is a subtle anti-Semitism when Columbia University sends an email to the students denouncing the attack yet fails to mention that this was specifically an attack on Jews!
A Louis Farrakhan can bait us with calls of “ termites” and worse,  and  be a guest of honor at Aretha Franklin’s funeral.

However, it is also, also vital to be aware of the differences of then and now.

Then, we had a President who suppressed reports of the mass killings of Jews because he was afraid that the American public would not support the war effort if they thought they were saving Jews.

Today, we have a President, who, no matter our opinion of him, must surely have been thinking of his own Jewish grandchildren when he laid the wreath at the synagogue this week. The killer, after all, had accused the President of being a tool of the Jews.

Then, a Father Coughlin could draw 30 million avid listeners to his radio show, and spew his claim that Jews were behind Communism and its barbarities.

Today, we have a Catholic Church that speaks openly of its “ Jewish heritage” and has declared that  God never gave up on his covenant with the Jews. The same attitude has shaped Protestant Churches, especially in that wing, the Evangelical wing, with which we have so many differences.

Yes, even among American Muslims, we have many friends, because the Muslim community here is not the community of Malaysia, for example, whose distinguished past president espoused much the same drivel as the Pittsburgh murderer. The America Muslim community is different. We have friends.

It is vital then, for us, to continue to forge our bonds with our fellow Americans, of all ethnic origins, and all faiths, and of both parties.

It is so significant, therefore, that we have come together, Jews of Ashkenazi and American roots, and Jews who have fled here to escape persecution in Iran, together as Americans, with our friends of all backgrounds who joined with the Jewish  community this weekend. Here, we shall, to borrow Ben Franklin’s words, all hang together, or be hanged separately.

We have sweated blood and tears in this country to get where we have gotten. We will not allow the failures and dregs of society to rob us of our dignity and our pride. We work together with our all Americans for a society that can enable us to fulfill our dreams in amity and fellowship.

Posted by Rabbi Dr. Norbert Weinberg at 9:21 AM