Audio Visuals celebrating Israel's birth, ingathering of exiles,and highlights from the opening of the celebration at Mt Herzl

I also shared my own experiences in Israel. I had been a graduate student in Judaic studies at the Hebrew University, 1969-70 and 1972-73, under the auspices of the Jewish Theological Seminary. In 1986, I came back for a trial year, where I worked with the Deputy Attorney General of the State of Israel, Prof. Nahum Rakower, on a translation of an academic text, and at the Jewish Theological Seminary's branch in Israel/

In 1986, I was called upon by the Secretary General of the Histadrut to lead the Labor union's  Central Institute for Jewish Studies at Bet Berl College. Here's a description of my activities:

·         Provided programmatic and operational leadership to this education center serving adults seeking to learn about Jewish heritage and values, and to facilitate mutual understanding across religious and ethnic lines.

·         Operated under the auspices of the Israel Federation of Labor (Histadrut) in conjunction with the Israel Ministry of Education and the Israel Labor Federation.

·         Represented the Institute in meetings with former Prime Ministers and national labor leaders.

Here are some pictures of that period: 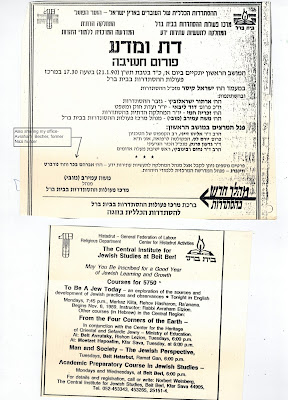 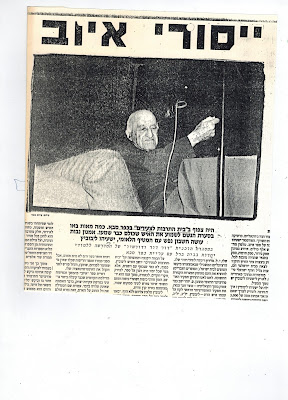