This is the link to my discussion on May 7th, in honor of Israel Independence Day, followed by musical tributes to Israel from China, Japan, Korea, a song for the end of hatred sung by an Israeli Jewish and Arab duet, celebration of Jewish-Christian-Muslim co-existence with Bob Marley's One Love, the Hatikvah played in an Arab capital, and Hatikvah from this year's celebration in Jerusalem.

Here is the link

Here are my notes: 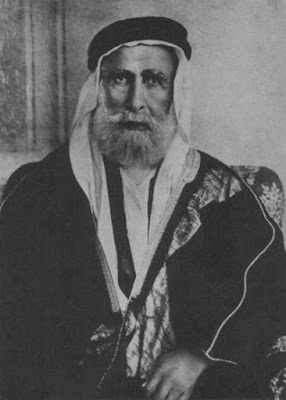 Making  a case for Muslim Zionists

We have an on-going fight here is the US with those who claim to be for justice- and it is scary:

Last semester began with the Heritage study explaining why universities ignore this oldest and most plastic of hatreds: because many of those tasked with fighting campus bigotry are anti-Jewish bigots. Examining the tweets of hundreds of university Diversity, Inclusivity and Equity administrators, Jay P. Greene and James D. Paul found that of 633 tweets regarding little Israel, 96 percent criticized the Jewish State. Yet 62 percent of the 216 tweets regarding China were positive. One DIE administrator liked this Tweet: “Y’all love to add the word liberal in front of the most evil things and it’s unhingedddd. Wtf is a liberal Zionist? What’s next? Liberal Nazi? Liberal colonizer? Liberal murderer? Liberal imperialist? Liberal fascist?”

Do these people show any sympathy for the innocents murdered by ax this week in a well organized attack by terrorists from Jenin? Do these people ever denounce the call by leader of Hamas, Yahya Sinwar, who called on his fellow Palestinians this week to take axes and kill every Jew?

Part of the claim against a Jewish state stems from the conflict between Christian West and Muslim East. One of the long-standing sources of conflict- that Islam is in conflict with Jews as a whole, and with any right of Jews to a Jewish State in the land of Israel, and in particular, with any connection to Jerusalem. Our highly educated diversity officers would seem to be siding with the Muslim east—but is that true? Or is it the result of the same distortion that has afflicted our educated elites?

However, this is a distortion of Islam for political ends, and so the number of Moslem and Arab states that have opened relations with Israel, has increased over the years.

So while, Harvard Crimson lambasts Israel , the Moslem world has a different tack:

Let’s take Turkey’s President, Erdogan, a right-wing Muslim traditionalist, who in the past has lambasted Israel:

In his letter to mark independence day, Erdoğan wrote: “On the occasion of the National Day of the State of Israel, I extend congratulation to Your Excellency and the people of Israel on behalf of my nation and myself. In the new period in our relations, heralded by Your Excellency’s visit to our country in March, I sincerely believe that the cooperation between our countries will develop in a way that serves our mutual national interests, as well as regional peace and stability.”

He concluded with wishes “for the health and happiness of Your Excellency, and the well-being and prosperity of the people of Israel.”

If Islam in principal opposed the right of Jews to a State in the Land of Israel, there would not have been peace treaties and formal and informal relations with Egypt, Jordan, now the Emirates, and numerous other Muslim states such as Sudan, Azerbaijan, Morocco. Indonesia , the largest Muslim country on earth, is now in the works.

But if Muslim states can be excused of choosing political expediency over principal, is there an Islamic foundation for Zionism?

If there are Christian Zionists, are there Muslim Zionists?

We have an early precedent:

First modern Zionist-sort of- The Sherif of Mecca

Hussein bin Ali, Sharif of Mecca and King of the Hejaz, until the Saudi family took over. His son, the Emir Feisal, leader of the Arab revolt against Ottomans in WWI ( Lawrence of Arabia fane). His other son, Abdullah, founded Transjordan ( Jordan), the lion’s part of the mandate of Palestine.

23 March 1918, in Al Qibla, the daily newspaper of Mecca, attested that Palestine was "a sacred and beloved homeland of its original sons", the Jews; "the return of these exiles to their homeland will prove materially and spiritually an experimental school for their [Arab] brethren." He called on the Arab population in Palestine to welcome the Jews as brethren and cooperate with them for the common welfare.

But what could he, as Sherif of Mecca, responsible for the holiest site in Islam, base himself upon?

Was there an Islamic Zionism in the Quran itself?

Abdul Hadi Palazzi (Arabic: شيخ عبد الهادي بالاتسي), legally named Massimo Palazzi (born 24 January 1961) is the secretary general of the Italian Muslim Assembly, and the Khalifah for Europe of the Qadiri Sufi Order. Controversially in Muslim circles, as of April 2010, he not only supported Israel's right to exist but also encouraged Jews to re-settle in Hebron.[1]

"The Qur'an cannot deal with the State of Israel as we know it today, since that State came into existing in 1948 only, i.e., many centuries after the Qur'an itself was revealed. However, the Qur'an specifies that the Land of Israel is the homeland of the Jewish people, that God Himself gave that Land to them as heritage and ordered them to live therein. It also announces that—before the end of the time—the Jewish people will come from many different countries to retake possession of that heritage of theirs. Whoever denies this actually denies the Qur'an itself. If he is not a scholar, and in good faith believes what other people say about this issue, he is an ignorant Muslim. If, on the contrary, he is informed about what the Qur'an says and openly opposes it, he ceases to be a Muslim.[9]( Wikipedia)

http://www.templemount.org/quranland.html Essay on Jews and Israel

“Both the Jewish and Islamic Scriptures teach that God, through His chosen servant Moses, decided to free the offspring of Jacob from slavery in Egypt and to constitute them as heirs of the Promised Land. Whoever claims that Jewish sovereignty over the Land of Israel is something new and rooted in human politics denies divine revelation and divine prophecy as explicitly expressed in our Holy Books (the Bible and Koran).

The Qur'an relates the words by which Moses ordered the Israelites to conquer the Land:

"And [remember] when Moses said to his people: 'O my people, call in remembrance the favour of God unto you, when he produced prophets among you, made you kings, and gave to you what He had not given to any other among the peoples. O my people, enter the Holy Land which God has assigned unto you, and turn not back ignominiously, for then will ye be overthrown, to your own ruin.'" [Qur'an 5:20-21]

Moreover - and those who try to use Islam as a weapon against Israel always conveniently ignore this point - the Holy Qur'an explicitly refers to the return of the Jews to the Land of Israel before the Last Judgment - where it says: "And thereafter We [Allah] said to the Children of Israel: 'Dwell securely in the Promised Land. And when the last warning will come to pass, we will gather you together in a mingled crowd.'" [Qur'an 17:104]

Therefore, from an Islamic point of view, there is NO fundamental reason which prohibits Muslims from recognizing Israel as a friendly State.”

ON Jerusalem and Jews

JERUSALEM IN THE QUR'AN

The most common argument against Muslim acknowledgment of Israeli sovereignty over Jerusalem is that, since al-Quds [Jerusalem] (4) is a Holy Place for Muslims, Muslims cannot accept that it is ruled by non-Muslims, because such acceptance amounts to a betrayal of Islam.

To quote only one of the most important Muslim commentators, we read in Qadn Baydawn's Commentary:

In complete opposition to what "Islamic" fundamentalists continuously claim, the Book of Islam [the Qur'an] - as we have just now seen - recognizes Jerusalem as the Jewish direction of prayer.

Some Muslim commentators also quote the Book of Daniel (7) as a proof for this.

This from a chief Muslim scholar in Britain:

Dr Al-Husseini is a British imam who teaches a course on the Koran as part of interfaith studies at the Leo Baeck College, the Progressive rabbinic college in Finchley, north London.

“You will find very clearly,” says Sheikh Dr Muhammad Al-Husseini, “that the traditional commentators from the eighth and ninth century onwards have uniformly interpreted the Koran to say explicitly that Eretz Yisrael has been given by God to the Jewish people as a perpetual covenant. There is no Islamic counterclaim to the Land anywhere in the traditional corpus of commentary.”

One of the texts he has taught is the following verse in the Koran (5:21), “O my people! Enter the Holy Land which God has decreed for you, and turn back on your heels otherwise you will be overturned as losers.”

“ Muhammad ibn Jarir al-Tabari (838-923), who says the remark is “a narrative from God… concerning the saying of Moses… to his community from among the children of Israel and his order to them according to the order of God to him, ordering them to enter the holy land.”

Al-Tabari, Dr Al-Husseni says, is “our Rashi”, the founder of tafsir, “the science of exegesis” — the Arabic word is similar to pesher, Hebrew for interpretation. “One of the key rules of Islamic exegesis by which Islamic scholarship is bound is that the authority to interpret lies in the hands of the Prophet and of the Prophets’ Companions alone,” he says, “Nobody can go to the text and just freely interpret the text for their own purposes. This is really important… because if the Prophet, or one of his Companions, has given an interpretation, then we are bound by it.”

The Muslim commentators may differ over exactly where “the Holy Land” is — one says the area around Mount Sinai, another the Levant. But what is significant, Dr Al-Husseini, is that “they are pointing to the same area — it is not Egypt, Saudi or Iraq.”

The Arabic for “the holy land”, al-ard al-muqaddasa, is close to the Hebrew, eretz kodesh and refers to this piece of land rather than other sites sacred to Muslims.

If Muslims can be Zionists, so can we!!

Posted by Rabbi Dr. Norbert Weinberg at 11:29 AM