A dramatic reading, with visuals

Based on text by Robert A. Adelson-adapted by Rabbi Norbert Weinberg with material from USHMM and other sources


Thank you to Robert A Adelson for permission to adapt his text for this presentation. For the original text of Haggadah Hashoah, please go to:https://www.dropbox.com/s/jgq51ooihlj2w2p/HAGGADAH%20HA%20SHOAH%20by%20Robert%20Adelson.pdf?dl=0

This is available as a Powerpoint Slide Presentation.

Paul Robeson sings the Partisan Song
https://youtu.be/NV0hP9dAApk?t=6
Paul Robeson was the great operatic vocalist known for his efforts on behalf of African Americans and for social justice. He was also a great friend of the Jews. He paid tribute on June 14, 1949, at his concert at Tchaikovsky Hall in Moscow, to Jewish Holocaust victims, he reduced his stunned audience to tears by singing Hirsh Glick’s great anthem from the Vilna Ghetto, ‘Zog Nit Keynmol,” also known as “The Partisan Song,” in both Russian and Yiddish. The Politburo was not amused.

Readings:
•Leader: At our Seder tonight we read the Haggadah, the
“telling” of the Exodus from Egypt and soon partake in our
festive meal. We meet in confidence. Our lives are secure.
However, for we Jews, this was not always so.
Reader:We recall now the Holocaust, in Hebrew, Ha Shoah.
It was the planned murder of the Jews of Europe between
1939 and 1945 by Nazi Germany and its leader, Adolph
Hitler
•Reader: In the 1930s, most world Jewry faced each
passing year with increasing dread. Fascist anti-Semitic
regimes ruled most of Eastern Europe.  And worst of all,
there rose the specter of the most virulent anti-Semitism
the world has ever known—that of Hitler and Nazi
Germany. Where the Nazi conquered, we Jews were
singled out, hunted down, made separate from our
neighbors
•
•Reader: We were forced to wear the Star of David. We
lost every protection of the law. We faced every possible
indignity.  If you had any Jewish blood or ancestry, you
were the No. 1 target of hatred by the relentless Nazi state.

•Reader: We were forced to give up our businesses and
our life’s careers. Our possessions and family heirlooms
were routinely looted. We were forced to leave our
homes to move to overcrowded ghettos. We were
systematically starved, subjected to slave labor and
medical experiments. And when we didn’t die fast
enough, the Nazis invented their new machines of doom
—the gas chamber and the crematoria.
•
•
•Reader: By 1945, the Nazis had murdered 6 million
European Jews. They represented 1/3 of the Jewish
people: 1 Jew out of every 3 Jews in the world perished
in the Shoah. 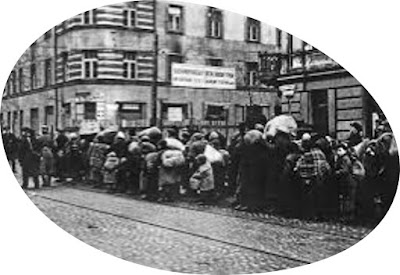 Reader: We were not military people. We had no chance
to defend ourselves.
Reader: Yet despite everything against them, some Jews
managed to fight back. We revolted in several of the camps
and ghettos such as Treblinka and Sobibor. Starting
Passover night in 1943, with few weapons and no outside
support, we fought the German army for three weeks in the
Warsaw ghetto. This is how it began, exactly 76 years ago,
on the night of the Seder, April 19, 1943:

Reader In April the ghetto was rife with rumors of an
upcoming deportation. Despite this, the Jews of the ghetto
continued with their preparations for Passover. Some even
baked matzot, obtained wine, and koshered their dishes in
preparation for the holiday. On the 18th of April 1943, news
arrived that the Germans had stationed an army in Warsaw
and it seemed that the ghetto was to be liquidated. The
members of the underground resistance movements went
into high alert. That night the ghetto was surrounded. Many
people had already heard of this from the reports of lookouts
posted as a matter of course on the rooftops.

Reader : In the words of the survivors No one slept that

night. Everybody spent the time packing the most necessary

articles, linen, bedding, food and taking it down to the

bunkers. The moon was full and the night was unusually

bright. There was more movement in the courtyards and

streets than by day.(Tuvia Borzykowski, Between Tumbling

Reader It was Passover eve, 1943, and we had arranged

everything in the house in preparation for the holiday. We

even had Matzot (unleavened bread), everything. We had

made the beds… The policeman who lived with us always

told us everything that was going to happen… He told us,

"You should know that the ghetto is surrounded – with

Ukrainians. Tonight will not be a good night." He had heard

this. We took all our belongings and went into the bunker.

Why wait?  So we took what we still had at home, whatever

food we had, everything, and went down into the bunker.

Germans entered the ghetto. This was the Seder in Rabbi Eliezer Meisel's apartment:

Amidst this destruction, the table in the center of the room
looked incongruous with glasses filled with wine, with the
family seated around, the rabbi reading the Haggadah. His
reading was punctuated by explosions and the rattling of
machine-guns; the faces of the family around the table were
lit by the red light from the burning buildings nearby.
(https://www.yadvashem.org/yv/en/exhibitions/warsaw_ghett
o_testimonies/last_passover.asp) 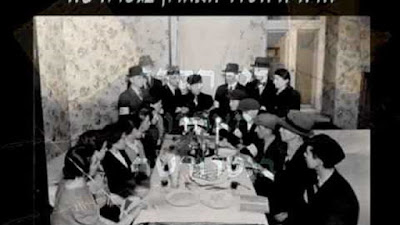 Reader: It took the German armies only six weeks to conquer France, Belgium, Holland and Luxembourg but it took 28 days to subdue a rag tag army of 1500 armed with pistols and rifles

Reader:The Warsaw Ghetto Uprising was nothing less than a revolution in Jewish history. Jews had resisted the Nazis with armed force. The significance and symbolic resonance of the uprising went far beyond those who fought and died. As the leader, Anielewicz wrote: My life’s dream has now been realized: Jewish self-defense in the ghetto is now an accomplished fact.…I have been witness to the magnificent, heroic struggle of the Jewish fighters. (https://www.britannica.com/event/Warsaw-Ghetto-Uprising 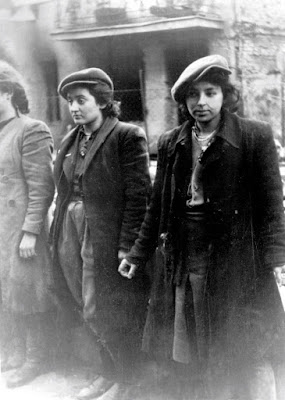 When in Israel, visit Kibbutz Yad Mordechai and the Museum, named after Mordechai Anielewicz

Leader: Hitler underestimated the resilience of the Jewish

people and our ideals. We, the Jewish people, did not

become extinct . Just as we rebuilt and renewed ourselves

after the assaults of Pharaoh, Haman, Antiochus, and all

who would destroy the Jewish people, our ethics, ideals and

all we stand for, so again we renewed ourselves after the

Holocaust. We saw the miraculous rebirth of the State of

Israel on our ancient soil. We saw Israel grow to a strong

democratic beacon to the world. In this land of America, we

have built a thriving community, loyal,  productive and

contributing to a nation that has welcomed us with open

Together: As we remember the Exodus, so we remember the 6 million. As we were once slaves in Egypt, so tonight ALL of us are survivors of the Shoah. Ani ma’amin: It was the prayer of the camps. Ani ma’amin. Be’emuna shelema: I believe with complete faith in the coming of Justice to this world. With the Torah and the prophets as my guide, I will not give up our quest. I will seek justice and righteousness. I will seek to make this world a better place, for all people, today and tomorrow. To this, in their memory, I pledge myself. Ani ma’amin.
Am Yisrael chai 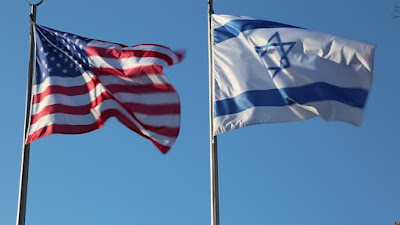