On November 21, I held a discussion with Richard Hirschhaut at our Shabbat Service on the results of the recent survey on Anti-Semitism in the USA today.

This is the link to our discussion on Facebook and You Tube.:The discussion begins at 1 and 1/2 hours into the video. 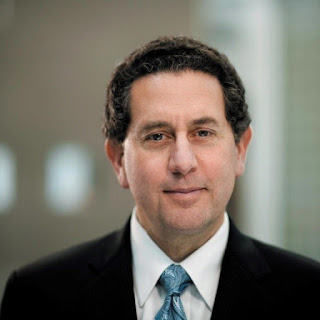 Richard has appeared for us at the High Holy Days and in the summer. He is chief strategist and principal spokesperson in advancing AJC’s global advocacy mission in Southern California. AJC is considered the “dean of American Jewish organizations.” He has been involved for over 30 years in civil rights, humanitarian, and Jewish communal advocacy, serving in senior professional roles across the U.S. with the Anti-Defamation League, Illinois Holocaust Museum and Education Center, American Jewish Joint Distribution Committee, and American Friends of Rambam Medical Center.

Below is a summary of the issues we discussed, together with excerpts from statistics from the AJC as well as the FBI reports.

1)        1)  How did you get your responses- How could you determine that it reflected a broad enough body of US public- even the election polls were off by a good amount?

Asked about increase over past 5 years

I can understand this- after all, we have the targets on our backs, not our neighbors. Still, 62% are aware that it is a problem.

3) This question was worrisome:

To what extent, if at all, do you think the Democratic Party/Republican Party holds anti-Semitic views?

Also- I thought it was a strange choice of words- the question is about the party as a whole, rather than “many members are”  or “ most members are”.?

We Jews are prime targets of religious based hate crimes. While media has been warning of Islamophobia, we are the favorites targets still. Also, Arabs were rarely victims, against despite supposedly anti- Muslim attitudes. Also, as I see it, the perpetrators of hate are not limited to one ethnicity or race:

Religious bias (Based on Table 1.)

Of the 1,715 victims of anti-religious hate crimes:

§  60.2 percent were victims of crimes motivated by offenders’ anti-Jewish bias.

§  3.8 percent were victims of anti-Catholic bias.

Racial/ethnicity/ancestry bias (Based on Table 1.)

Among single-bias hate crime incidents in 2019, there were 4,930 victims of race/ethnicity/ancestry motivated hate crime.

W While we expect anti-Semitism from the lower income-frustrated  classes, we see signs of increasing acceptance of anti-Semitism among higher income, better educated as well. This was question prompted by the recent blow up over anti-Semitic attacks at USC on the student body president. Further incidents I mentioned below reinforce the concern:

See this recent release( on Allgemeiner):

"A California high school that has been plagued by antisemitic activity was in the spotlight again in Friday after its principal revealed that students had been subjected to another wave of offensive social media posts, including Holocaust denial, homophobic epithets and threats of rape. https://www.algemeiner.com/2020/11/20/california-high-school-outrages-jewish-community-once-again-with-latest-antisemitism-scandal/

Marin county is ultra-liberal- 82 % Biden- so in the heart of upscale, upper income, liberal bastion! There was also the incidents of a principal of a Florida High School who had denied parents requests for programming on the Holocaust because there were doubts about its historicity . ( He was fired and then reinstated!) Can one imagine the outcry if a principal had said he would not have programs about Civil Rights or slavery because there were doubts!( The principal in point is African-American!).