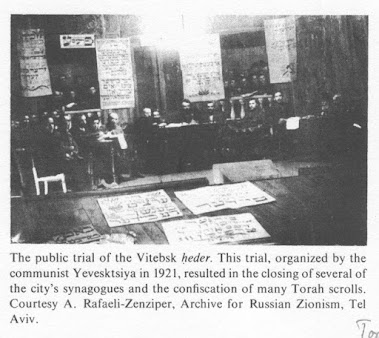 I have a favorite story that is part of the repertoire of High Holy- day literature in Jewish lore. It has been recorded in a great variety of versions, from antiquity, up until modern times, but the general gist is as follows:

A certain king had an only son whom he loved and raised in the ways of righteousness, Yet the good, he exchanged for ugly, and went after the stubbornness of his heart. His father, the king turned against his son, and. banished him.

The son wandered for many years-his clothes became torn and tattered. His face changed till it was not to be recognized that he was the son of a king.               When many days had passed, and he had his fill of wandering, he remembered his father, the king. He yearned to return, and made his way back to the palace.

When he came back to the palace, he cried and begged for forgiveness.But his father did not recognize him, so greatly had he changed, until he began to scream bitterly,

His father indeed recognized him, and had pity on him, and they were reconciled.

In a later, even sadder version, the king recognizes his son, but the son has descended so low, that he imagines that he is, indeed, only a peasant. Even the memory of royalty is forgotten.

It is the metaphor for the human condition within Judaism. The individual, betselem elohim, in god's image, a child of god, has fallen into low state because of the sins of the year. At this time, it is possible, as the theme bears out, to achieve a return, to attain Teshuva and to find wholeness once again. This wholeness, is itself, the  intention “kapparah” , as we translate in English , Atonement, a word  we use so much at this season.

Atonement is At-one-ment, a union, a statement of completion, which we seek with God.

The opposite of this wholeness, this at-one-ness, is alienation, to use a term of philosophy and psychology. These tales are not just tales of sin, but tales of alienation, alienation on many levels.

That alienation is described as “karet”, as when a Jew refuses to partake of the Passover Seder, he or she denies affiliation with the Covenant of the People and God, and willfully cuts himself off. That Jew is alienated.

Alienation, a sense of isolation, of separateness, pervades the universe in Jewish thought--the Jew is in Galut, in exile, and, as a corollary, even God's presence, the Shekhina, is in exile. In mystical metaphor, a part of God is captive, held by the sitra achara,  the other side, the realm of evil. Even the Divine becomes mired in the grind of daily existence.

The worst alienation, however, is that alienation from our own selves,when we, as Jews, feel alien from our fellow Jews, and alien from ourselves, as Jews. That is when the child of the king forgets completely, who he was and is. That has been a well documented malaise of exile from our Jewish self in the age of modernity.

A common Jewish atttltude was described by the Jewish poet, Heine, who converted to Christianity,for economic success.

His attitude was, and is, common: “Doctor, the mischief take the old Jewish religion! I don't wish it on my worst enemy. It brings nothing but abuse and disgrace. I tell you, it ain't a religion, but a misfortune.”

This Jewish struggle with not being at one, with being alienated, is itself very ancient. The constant refrain of the prophets is inveighing against the rush of the children of Israel to adopt every new foreign god and cult.

A few weeks ago, I was with a few friends bicycling along the beach at Venice. All of a sudden, we saw a big commotion, drums, chanting, and a procession of giant wagons, decorated with Hindu imagery. I realized that we had come upon the annual Festival of the Chariots.

It’s nothing unusual in LA to have a variety of religious experiences, certainly nothing unusual about residents of Indian origin celebrating their heritage. But,as I looked at the participants, I realized they were mostly Anglos, very few from south Asia, and probably those were spectators like us .

The devotees, to put it simply, were members of ISKCON, the International Society for Krishna Consciousness, or , in short, Hare Krishna It has long been noted that a great number of the key leaders in its founding years were Jews.

So I ask my self—how many of these celebrants were born, not of the Brahman caste, but of the Cohen, Levi, or Yisrael caste?

Here’s a recent story that surely takes the cake, that I have excerpted from an essay in Jewish News Service  https://www.jns.org/?post_type=opinion&p=128221 ( Jonathan Tobin)

Her colleagues and students, as well as the editors of magazines and journals where her writing was welcomed, were under the impression that Jessica Krug was a black and Hispanic woman from “El Barrio” in the Bronx, N.Y.,  fighting systemic racism and becoming an outspoken and aggressive critic of white racism who honored her African and Caribbean “ancestors” with her radical activism.    Krug … incorporated attacks on Jews and Israel in rants in which she vented her rage as an aggrieved person of color. [She] claimed that the NYPD was being trained by the Israel Defense Forces in “counter-insurgency methods” in order to harm blacks…she denounced Jews for oppressing the “indigenous” people of “Palestine.”

[By the way, she would pronounce her name as “Cruz” and often write as “ Jess Labombalera.”]

But as it turns out, Krug wasn’t black or “Latinx.” Nor was she from “El Barrio.” Instead, she was a middle-class white Jewish woman who grew up in suburban Kansas City and attended a day school.

She finally confessed to her years of fraud  [but only because she her true background was about to be made public].

Her emotional troubles made her flee her “lived experience as a white Jewish child in suburban Kansas City.”

Oh, the tragedy- to be a white Jewish girl in a Kansas City suburb!

The contemporary examples, of our young Jews, so eager to be accepted into the circles of the revolutionaries, abound. During the protests over police violence in Kenosha a few weeks ago, a synagogue had been graffitied with” Free Palestine”. If Not Now, a prominent Jewish anti-Zionist organization, tweeted a denunciation of the graffiti.

Fine and good. So what happened? They were pounced upon by their fellow protesters  forced to take down their denunciation. To object to the defacing of a synagogue was to distract from the message of the protest.

If Not Now caved to the cancel culture.

The Jew, you see, has always been expendable in the revolution.Krug and IfNot Now are “Deja Vyu all over again.”

We have many members from the former Soviet Union, so many of you will be very familiar with what I will say.

When the Communists took over Russia, the leaders, many among the top, were concerned that the Jewish workers were not loyal to the cause. They established the Yevsekzia, the Jewish Section. This was their mission:  the "destruction of traditional Jewish life, the Zionist movement, and Hebrew culture". In other words, it was to fulfill the older, Tsarist vision, of the total Russification of the Jews. "In time, every Jewish cultural and social organization came under assault" (Pipes). Acting together with local Soviet authorities, Evsektsii organized seizures of synagogues in Gomel, Minsk and Kharkov, which were subsequently converted to clubs or Communist centers.

So, what was the reward for their great loyalty?

“ The Yevsektsii were disbanded as no longer needed in 1929. Many leading members were murdered during the Great Purge of the late 1930s, including the Chairman, Dimanstein.”

Yes, for their loyalty to the cause of the revolution, they were axed, along with the father of the Red Army, Leon Trotsky.

One of the most prominent figures, for Arab independence was Albert Memmi, of Tunisia. Once Tunisia became independent, though, he had a rude awakening.

Memmi was made to leave his Tunisia, as were countless other Jews who ancestors had been there for over two millenia.

The revolutions of the world could not allow room for Jews, whether openly Jewish, or assimilated Jewish.

We, as Jews, are always split between two identities. We are heirs to the Torah, which was the first work in human history to propound that all humans are descended from one shared human. Yet we are also heirs to the Torah, which taught us that we exist as a “goy kadosh” a sacred nation, with a special task and responsibility in the world, but never to be lost or melt into the melting pot of the greater civilization.

Yes, we want to be in the forefront of social justice, here or in the world. But we also are not going to be the world’s scapegoat again and again. “Im ain ani li, mi li”. If I am not for myself, who will be for me, and if I am not for myself, how can I possibly be of good to any one else, of any race, religion, ethnicity, or intersectional identity.

We need to always conscious of our part in an ancient covenant, that going back to the gathering at Mount Sinai, and even before, between Abraham and God. All Jews who have entered that covenant, whether 3000 years ago, or yesterday, are caught up and bound in it. We are all of us party to a covenant with the divine, made by our predecessors millennia ago, in our name There is a collection note due on our souls with the divine, which is called in from time to time, a divine debt which keeps us from completely assimilating, from totally merging within the anonymity of history.

Yisrael af shehata, Yisrael hu--a Jew, even though he has abandoned his faith and his actions, is still a Jew. It is a category of existence.

This High Holy Day season, is the season of Teshuvah, which we explain as Return; it comes to remind us reminds us that we are never so far gone, never so far removed, that return is impossible. The sense of alienation can be put to rest.

One of the verses that stands out during this season is form the Prophet, Jeremiah. The children of Israel, Ephraim, plead to God to accepted back from captivity and exile. God responds:

“Truly, Ephraim is a dear son to me, a child that is dandled! Whenever I have turned against him, my thoughts would dwell on him still. That is why my heart yearns for him; I will receive him back in love. "

May we be all be accepted in love. Amen.