THE PEOPLE OF ISRAEL AND THE LAND OF ISRAEL

Closely related to the concept of Israel as the chosen, or covenant, people is the role of the land of Israel.
Promised to Abraham and Descendants
It is the goal of the Exodus
Many Biblical commands are specific to life in the land of Israel-shmittah, jubilee,first fruit, sacrifice, gleanings.
However, in contrast to the pagans, the God of Israel was God of all creation. When a city was destroyed, it was the local deity who was destroyed. For the Bible, if the city or land was destroyed, it was the result of the will of God, not from powerlessness.
Thus, with the loss of land, the people did not lose their purpose. They were restored once, after the first fall, and thereby found the strength to overcome the second loss! (
Note- one Jewish family retained its roots in the land over these 1000s of years. The related community of Israelites, the Samaritans, never left, although they shrank to only a few hundred)

Despite the Roman destruction of the Temple in 70, and the crushing and genocide of Jews in 135 at the fall of Bar Kochba, the Jewish community was able create the Mishna , the Midrash, the Talmud Yerushalmi, and later, the key texts of later Kabbalah and the most wide spread code of Jewish law, the Shulchan Arukh.
Best expression of longing:
ליבי במזרח / יהודה הלוי
קפיצה לניווטקפיצה לחיפוש
לִבִּי בְמִזְרָח וְאָנֹכִי בְּסוֹף מַעֲרָב
אֵיךְ אֶטְעֲמָה אֵת אֲשֶׁר אֹכַל וְאֵיךְ יֶעֱרָב
אֵיכָה אֲשַׁלֵּם נְדָרַי וָאֱסָרַי, בְּעוֹד
צִיּוֹן בְּחֶבֶל אֱדוֹם וַאֲנִי בְּכֶבֶל עֲרָב
יֵקַל בְּעֵינַי עֲזֹב כָּל טוּב סְפָרַד, כְּמוֹ
יֵקַר בְּעֵינַי רְאוֹת עַפְרוֹת דְּבִיר נֶחֱרָב!My heart is in the east, and I in the uttermost west--
How can I find savour in food? How shall it be sweet to me?
How shall I render my vows and my bonds, while yet
Zion lieth beneath the fetter of Edom, and I in Arab chains?
A light thing would it seem to me to leave all the good things of Spain --
Seeing how precious in mine eyes to behold the dust of the desolate sanctuary.


There were constant attempts at return, invited back by Saladin, then later by Sultan Suleiman the Magnificent ( to be fair, before modern times, Moslem leaders were often more welcoming than their Christian counterparts). There was a wave of Hasidim that came in the 1700’s, a Yemenite wave in 1881, the same time as Bilu, before there was a Zionist movement. My father’s great grandfather and mother sold all their possessions at the age of 80 and moved to Safed around that time ( only to be murdered by the locals a few years later).

Modern Zionism- a consequence of the fact that Europe could not tolerate its Jews in the modern nationalist environment, something that would be repeated in the newly awakened nationalism of the Arab world. What began as a trickle became a wave and then a flood, as we all too well know. Eventually, both Europe and the Middle East would be emptied almost totally of their Jews. The political movement of modern Zionism, as envisioned and promoted by Herzl, became essential to Jewish survival. It would override the belief of the Orthodox world. That only God would bring about the return, at the end of days, and the belief of liberal and secular Jews, that the new world of enlightenment and revolution would welcome Jews with open arms.

In the 21 st century, it remains to be seen if a large and identifiable Jewish community ( as opposed to people whose ancestors happened to be Jews)  is viable and vibrant, outside of the land of Israel, or disconnected from it.

Lesson Two- The Torah, as the written and the continued tradition of the Talmidei Chachamim, the students of the wise of Judaism

Second key element for any discussion of Judaism is the concept of Torah. By Torah we mean several things :

1)There is the traditional concepts of Torah sh' bikhtav—what we have in writing- the Bible, by which we mean, our part,not the Christian part.

2) There's then the idea of Torah sh' b'al peh-the Torah that is transmitted orally or the oral Torah. What we mean by that is the tradition of Jewish sages from the time of the ceiling of the Canon of the Torah in the Bible somewhere around the beginning of the second temple. And all that is created afterwards.

Including what I am saying now!

That is what distinguishes Jews and Rabbinic Judaism from Karaism which is a form of Judaism that refused to accept the traditions of the rabbis. It also distinguishes us from Samaritan faith. It has only the five books of Moses and Joshua.  Distinguishes us from Christianity because we share written text of the Bible from our end, but we diverge  as the Christians upended the “ Old” with the “ New “Testament or the Christian scriptures .Distinguishes us from Islam, which sees our text as a forerunner, not in effect for them, but as a reference to verify and explain the Quran.

3) To this we also need to speak of Torah, as a core command” the shinantem l’vanekah” you shall teach your children” ,as a method or an approach to finding truth as used and determined by Jewish sages through the ages and that approach and methodology .

Also has shaped and fashioned the Jewish mind as well as Jewish behavior more than a written text could.

he written Torah    we speak in terms of three collections in the Jewish Canon the first the Torah as it is most commonly known or the humash  five books of Moses and in English from its Greek form Pentateuch.

The Five Books of Moses (Chumash)-

So what is the authority for the Torah, five books of Moses?

Jews of antiquity, it was very clear ,Moses wrote it at the words of God at Sinai and what we have is that written text with maybe minor variations . 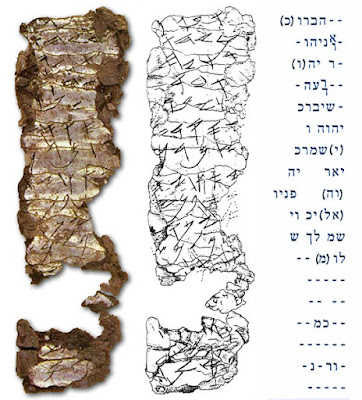 . In modern Jewish thought we accept the idea that the text of the Torah itself would have been compiled over the course of centuries, the core reflecting ancient records some of  which we can presume going back to Moses.

What we can determine is that even the texts of the Bible make reference to books being lost to us. The most famous example is the book we presume becomes Deuteronomy, which is uncovered it's time of king Josiah and its identity is verified by the prophet Huldah.

We may also assume that much of the core of text was transmitted orally. In antiquity oral traditions held much greater weight than written traditions. This actually continued into the centuries well after we had a formal text when Jewish teachings were forbidden to be written but only passed down orally because there is a belief that the specialist in memorization was more accurate than the scribe who was prone to make sloppy mistakes which could be easily re copied by other scribes. Keep in mind that parchment was expensive, space was expensive, hence, no vocalization till much later, no sentence, comma, chapter markings till later, perhaps  not even space between words and use of abbreviations.

What we can know is that the text of the Torah as we have it appears sometime after the Babylonian captivity, brought officially by Ezra the scribe. C 450 before 0.

Our middle section is referred to as Neviim, which is the Hebrew word for the prophets.

  The Eight Books of the Prophets (Neviim)

It would make sense then that the material would be the writings of the prophets and indeed you find here the three major prophets Isaiah Jeremiah Ezekiel . you also have what is known as the 12 minor prophets. Not minor in terms of importance but because their works are much shorter.

We then have the historic books such as Joshua judges the book of kings book 12A Samuel one and two and kings one and two. From these we discover  how the people Israel lived or did not live as Jews , often as Renegades ,government intrigue, tribal infighting till they became a people by the fall of the first temple. it is not to be seen as a chronological history necessarily but as a theological history because the editors have a pitch which is to say that the people follow God they prosper, they follow other gods they fail and fall.

Finally we have our third section which we refer to as Ketuvim, from the Hebrew word for writings

  The Eleven Books of the Writings (Kesuvim)

and it seems to be a “Kol Boynik” a pot into which texts that the Jewish sages felt were important and significant could be aggragated.

So when did we get our finally agreed upon collection that we call the Bible , TaNaKh-abbreviation of Torah, Neviim, Ketuvim?

We have a famous legend of the  pharaoh Ptolemy who has a sizable Jewish community in Egypt and is aware of the Jewish Bible. He gathers 70 elders who then translate the Bible for him into Greek hence the word Septuagint or in Hebrew targum shivim ,translation of the 70

. We can presume this is done somewhere around the middle of the 3rd century before the year 0 at least for the core text of the Torah, five books of Moses, and then the other books being added to the compilation in the following century.

We do know that by the time Christianity starts the Christian sources are using almost the same text we have but already in the Greek and later the Latin vulgate translations.

Why do we need this unified text ?

Obviously, the Jews are scattered now over great distance from as far to the east as Gibraltar as far to the West as Gibraltar and thus far to the east as the ends of the Persian Empire. All need to have a common code to keep them in lockstep with each other. Our sages did not agree upon the final collection until the Council at Jabneh, after the fall of the Second Temple, and the Talmud records discussions even in the decades that followed.. The final text as we have it with agreed upon vocalization and the periods between sentence is also takes time as the work of group of scholars in Tiberius known as masorah .this tradition who give us the final text as we as Jews accepted 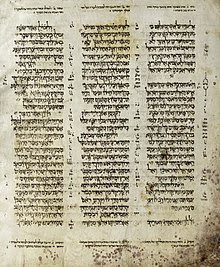 What did we not include? The list is almost as long:

Wisdom of Ben Sira( Ecclesiasticus);Maccabees 1 & 2;Tobit;Judith and many more—became part of the Catholic text- but not Protestant.

The Dead Sea scrolls: Commentary on Habakkuk, The Manuel of Discipline, the Book of the War of Sons of Light Against Sons of Darkness 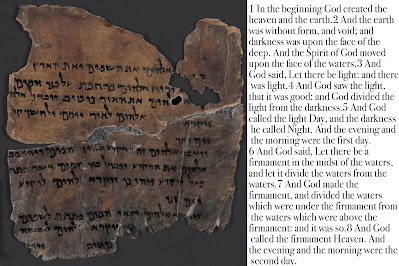