The Jewish Response to Modernity-After Mendelssohn

The Jewish Response to Modernity-After Mendelsohn

What is a dialectic?

Marx- wave of economic forms that present Thesis-antithesis-synthesis- which becomes the new thesis, and cycle goes on. Taken from Hegel- For Marx, economics is prime, for Hegel, ideas is prime.

Hegel introduced idea of cycle of civilizations, from absolute divine Pharaoh, culminating in devolution of power to the people. Beginning of 19th century.

Shortly thereafter, a Jewish scholar in Galicia, Nachman Krochmal, influenced by Hegel. Asked the question- all civilizations rise, peak , decay and disappear. Why did the Jews not decay and vanish? Because, unlike the assumption that we had been eternally the same, from Biblical times till now, we were constantly adapting to the needs of the day and moment- Hence- his Guide to the Perplexed of his day. Moreh Nebukhe ha-Zeman (Guide for the Perplexed of the Time)

With Mendelsohn, we enter a phase of shock. The Gates of Berlin are open. What then? What is the response of the Jewish world- this is echoed, not just in  Berlin, but within the course of a century, is impacting Ashkenazi and Mizrachi Jewry.

Do we want civil rights?

Napoleon and the Great Sanhedrin 1806

1.     In the eyes of Jews are Frenchmen not of the Jewish religion considered as brethren or as strangers?

2.    What conduct does Jewish law prescribe toward Frenchmen not of the Jewish religion?

1.    That every Israelite is religiously bound to consider his non-Jewish fellow citizens as brothers, and to aid, protect, and love them as though they were coreligionists.

2.    That the Israelite is required to consider the land of his birth or adoption as his fatherland, and shall love and defend it when called upon;

As Napoleon invade Russia, great debate raged in eastern Europe: Is Napoleon the Messiah- or is he Gog and Magog?

Rabbi Nahman of Bratslav believed Napoleon's soul was really of some aristocrat, not humble nobody form Corsica. Hasidic legend … the image of Rabbi Menahem Mendel of Rymanov, could be seen beside Napoleon during his victorious battles.

BUT-Most of the Eastern European Jewish leadership--including the founder of the Chabad-Lubavitch movement, Rabbi Shneur Zalman of Liady--opposed the French ruler, whether out of loyalty to their local rulers or because they feared the breakdown of traditional values that would result from the spread of the ideals of the French Revolution.

Responses to opening of the West: 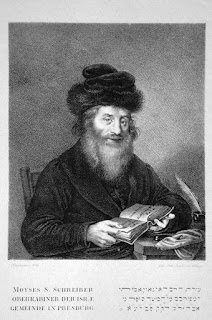 Chatam ( Signature)Sofer( Writer of scrolls)-Schreiber in Yiddish/German. Born in my birthplace, Frankfurt. Established himself in Pressburg( Bratislava) now Slovakia.( Shreiber’s are commonly his descendants).

Slogan Chadash Asur Min hatorah- That which is new was already forbidden in the Written Torah.

No holds barred attack:Total war with no concessions in the battle against modernity. . . .vigorously, resourcefully, and with diplomatic skill. He adopted the long-range plan of strengthening educational and communal institutions and disseminating Torah study ("It is a time to act for the Lord, increase your Torah," the appointment of his best disciples to rabbinic posts and the strengthening in general of the status of the rabbinate.

VERY SIGNIFICANT_ He put to bed the war between the Yeshivah-Talmudic world ( Misnagdim) and the Hasidim. _This required a united front.

Created an irreparable breach between the Orthodox and the non-Orthodox sectors (https://www.jewishvirtuallibrary.org/sofer-moses)

Similarly he dissociated himself from the battle for emancipation, not merely because he feared the heavy price that would be exacted for it at the cost of tradition, but because he viewed the very aspiration for equality as a sign of dissatisfaction with the traditional way of life of the community and a desire for partial assimilation with gentile culture.

Secular education- only so far as necessary to maintain a trade or profession.

My claim to fame- he married the daughter of my mother’s mother’s great-grandfather, Rabbi Akiva Eger-the greatest Talmudist of the day, who joined with him in the battle. 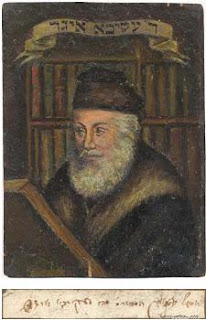 The other route- Reform

Finding a way to be both a Jew and a member of European civilization- without being a Christian. Return to “ Prophetic Judaism”. One would be a Jew of the “ Mosaic Persuasion”. Deutscher Mosaiasches Glaubens.

First steps were topical only- Hamburg Temple-went further remove prayers for return to Zion, return to the Temple sacrifice. Introduction of the organ. Not yet the wholesale abandonment of the ritual laws ( halakhah)

Women were still in the balcony! ( Not until the move of German Jews to US in 1840’s, and then, supposedly, by accident).

So, for example, my father; synagogue- Westend Synagog 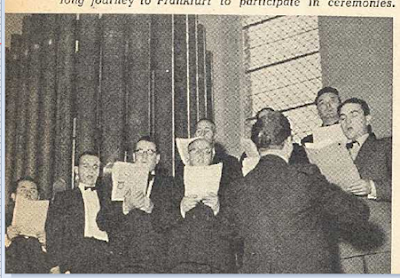 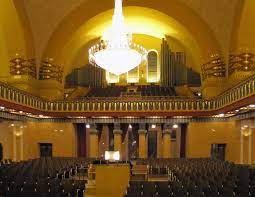 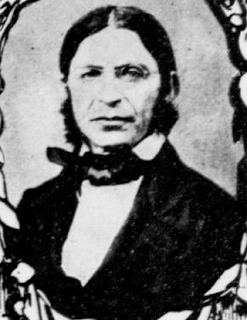 Abraham Geiger was given a rabbinic post in Breslau. In Breslau Geiger established a school for religious studies and a group for study of Hebrew philology. He was one of the most active participants in the Synods held by the Reform rabbis in Frankfort (1845) and Breslau (1846). It was these synods which resulted in traditional European Jews, led by Rabbi Samson Raphael Hirsch (Geiger's old friend), separating from the reformers.( more later)

synods set out to eliminate from Judaism every mark of national uniqueness. Since the goal of modern Judaism was to live a lifestyle that brought holiness into the modern world, a world of science and truth; all outmoded rabbinic legislation had to pass the test of reason, morality, and modernity to be acceptable. If a practice separated a Jew from the modern, secular world, then it was a Jew's religious obligation to renounce it.Geiger believed that all of Jewish tradition was an evolutionary process. He saw every generation of Jews creating practices that expressed the eternal ethical laws inherent in Judaism.

The synods recommended the abolition of the dietary laws; wearing the kippah, tallit, and tefillin. Prayer references to a "Return to Zion," a personal Messiah, and resurrection of the dead were removed. References to the sacrificial cult were excised. Geiger opposed all prayer in Hebrew, but he was not able to convince the synods of this.

There was discussion about abolishing circumcision, but the rite remained.

Geiger and the other early founders of Reform Judaism burned with a messianic passion. They believed that what they were doing would save Judaism from the old-fashioned legislative stagnation of the rabbis and, at the same time, rid Europe of anti-Semitism by offering a Judaism that the secular world could honor and accept.

The Neo-Orthodox Reaction- in tandem with the European Romanticism- reason had gone overboard. It abandoned the realms of emotion, creation, will. Jewish parallel- Abraham Geiger’s friend, Rabbi Samson Raphael Hirsch, founder of the “ Perushim”( also Frankfurt)- Separatists. Jews who could no stomach the extremes in the Reform and appealed to the local government to separate legally form the resto of the Jewish community. ( Often called Breuer’s gemeinde-now based in uptown Manhattan-when you see the movie " In the Heights"- that was the local for the German Jewish community--all that the movie shows, as a remanant, is the word" baekerai"-Bakery!). Characterized by- 1) a combination of involvement in modern culture and education 2) iron-clad adherence to Jewish law.

As a pulpit rabbi, Hirsch adopted the style of the Reformers. He wore clerical robes, accepted a choir (male-only), shaved his beard (before the advent of electric razors), delivered sermons in German, the vernacular, and encouraged study of the Bible instead of engaging in pilpul (Talmudic "hairsplitting"). He also abolished the Kol Nidre service on Yom Kippur.!

Here is the young Rabbi Hirsch 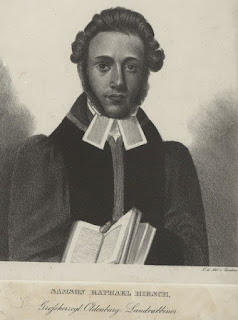 "Torah Mit Derekh Eretz," after the verse in Pirke Avot (2:2) that "Torah is good together with derekh eretz." In the context of the Mishna, derekh eretz means an occupation but Hirsch expanded its meaning to include full engagement with western culture, while maintaining adherence to Jewish law. In this, he created the idea of the "Israel-Mentsch," the enlightened religious personality. While he believed that style or non-halakhic externalities could be changed, he believed that the essence of Jewish law and belief could not change.

Head covering- he was called to the King for a royal honor. He declared that his wig was sufficient as a kippah. 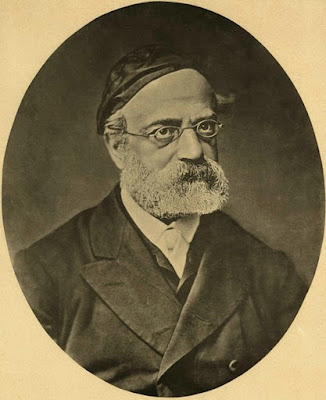 Most popular work- 19 letters of ben Uziel-  It was written in the form of a fictional correspondence between a young rabbi / philosopher and a youthful intellectual.[8] The first letter, the intellectual's, outlines the challenges that emancipation created for modern Jews, and questions the continued relevance of Judaism. The Rabbi responds in the subsequent letters, discussing, in a structured sequence, God, Man, and Jewish History; leading to a discussion of the Mitzvot and their classification (as employed in Horeb). This work made a profound impression in German Jewish circles, and has been republished and translated several times; it is still influential, and often taught.

Wissenschaft- The Academic Study of Judaism 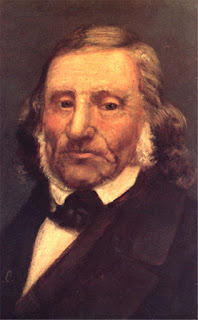 If he is remembered at all, it as a cold, antiquarian scholar who reportedly said that “the task of Jewish studies is to provide the remnants of Judaism with a decent burial.” This is the portrait, or better, caricature, of Steinschneider drawn by Gershom Scholem in his well-known diatribe against Wissenschaft published in 1945.[3] Scholem, an ardent zionist, viewed Steinschneider and his mentor Zunz as “gravediggers” and “liquidators” of the Jewish national values that they considered no longer relevant after the advent of emancipation and liberalism.

Don’t throw the baby out with the bath water! 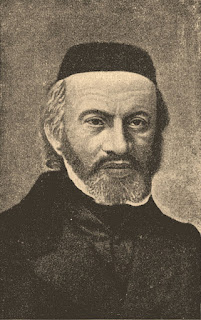 Positive- we take a positive approach to our traditions and teachings with an eye to preserving ( conserving)them, in as maximum a form as possible, without giving up the essentials for what may be temporary contemporary winds.

Zechariah *Frankel, chief rabbi of Dresden, Germany, a proponent of moderate Reform, broke with his more radical colleagues at the Rabbinical Conference of Frankfurt (1845), over the issue of retaining Hebrew as the language of prayer. Frankel called for "positive-historical Judaism." This formula connotes, first, a predisposition to accept much of the "positive," ceremonial substance of Jewish practice while allowing for moderate changes, and second, an attitude of respect for the historical nature of Judaism. The loyalties of generations of Jews to a particular practice, no less than a proof-text from an authoritative religious source, could sanctify that usage.

In 1854, Frankel concretized his conservative yet flexible approach to Judaism in a rabbinical school that he headed, the *Juedisch-Theologisches Seminar (Jewish Theological Seminary) of Breslau. Until destroyed by the Nazis in 1938, this rabbinical school trained the institutional leaders and served as a scholarly center for "Historical Judaism" in Central Europe.

In Germany- these are all small movements- it is in the US, in the 19th, 20th century- where they all explode upon the Jewish scene in full force