The Jewish Trinity that Took Down the World

(I opened my presentation by playing " The Internationale" in Hebrew. We assoxciate it with the Soviet Union, but it was the song of international labor dating back to Franci in the 1870's. I then recall that, atone time, since Ihad lived in Israel, and had worked for the Histadrut, the Israeli Labor union, I was, at the time,officially a socialist. I also watch  as the Israeli Labor part dropped the word " socialist" and the labor union privatized its own factories) 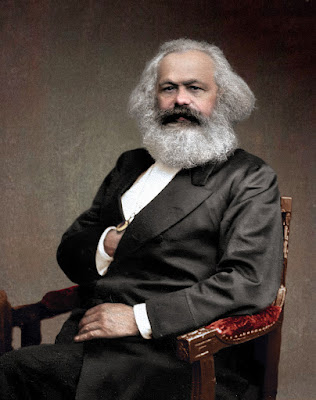 What is it about Jews that has triggered a historic fear in western civilization? ( Not so in oriental civilization- so far).

How odd of God to choose the Jews.

To which, there is a response: Not odd, you sod -- The Jews chose God. 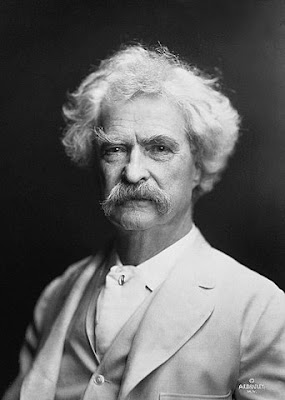 On the Jews-by Mark Twain

"If the statistics are right, the Jews constitute but one quarter of one percent of the human race.  …Properly, the Jew ought hardly to be heard of, but he is heard of, has always been heard of.  He is as prominent on the planet as any other people, and his importance is extravagantly out of proportion to the smallness of his bulk.

His contributions to the world’s list of great names in literature, science, art, music, finance, medicine and abstruse learning are also very out of proportion to the weakness of his numbers.  He has made a marvelous fight in this world in all ages; and has done it with his hands tied behind him.. . . All things are mortal but the Jews; all other forces pass, but he remains.  What is the secret of his immortality? "

Father Edward H. Flannery( author of The Anguish of the Jews: Twenty-Three Centuries of Antisemitism, first published in 1965). “The hubris in the human heart cannot forgive the Jew for bringing into the world of a transcendent God and a divinely-sanctioned moral law binding on everyone… Jews have suffered so long because they bear the burden of God in history. Anti-Semitism is symptomatic of an animus against God, an animus deeply lodged in every person.”

French Jewish writer Bernard Lazare… 1894 on the eve of the Dreyfus affair. Why is it, Lazare wondered aloud, that people have always hated the Jews? Lazare understood that when Abraham’s first idol toppled to the floor, the idols never stopped falling and they never stopped breaking

…literary critic George Steiner, the Jewish mission is to be a “moral irritant and insomniac.” We don’t sleep and we don’t let other people sleep either. … Steiner’s novel, “The Portage To San Cristobal of A.H.,”… 1981. … Israeli agents had found the aged Adolph Hitler … “Was there ever a crueler invention, a contrivance more calculated to harrow human existence, than that of an omnipotent, all-seeing, yet invisible, inconceivable God?… The Jew invented conscience.”

Source: The Gods Are Broken! The Hidden Legacy of Abraham, Jeffrey K Salkin reproduced in https://jewishstandard.timesofisrael.com/idols-and-iconoclasts-3 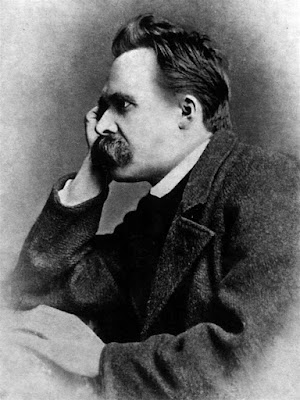 But- we come to the modern era- Nietzsche- “God is Dead”

The weak and the botched shall perish: first principle of our charity. And one should help them to it. What is more harmful than any vice?—Practical sympathy for the botched and the weak—Christianity.

and its corollary:” If there is no God, everything is permitted.” Dostoevski Brothers Karamazov.

As we come into modernity, there are no greater iconoclasts, idol-smashers, who set out, willingly or not, to undermine the mental order of a world guided by a conscious and moral will. Marx-Freud-Einstein. Of the three, the last two remained as Jews, the first turned against his people. Of the three, the last, Einstein, still insisted on a God-idea, even if it were no longer the God of the prophets. All three did undermine much of the basis of western civilization till their time, still, iconoclasts, for good or for bad.

This Photo by Unknown Author is licensed under CC BY-SA 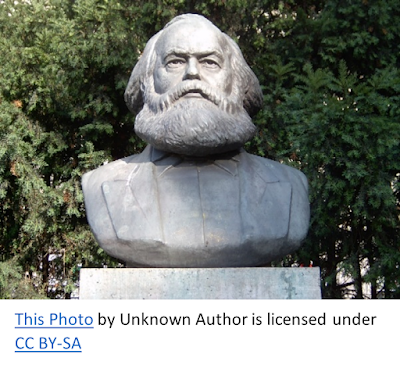 Karl Marx, a grandson of Rabbis on both sides of the family, had been baptized as a child.His father, Herschel, had discovered that is career would be better served if he were a member of the Protestant Church.( very typical move in that period) Karl is something of a spoiled, rebellious child, into mischief before he turns serious.

Marx does his doctorate in ancient philosophy and then becomes a journalist, interested in the growing discontent in Germany against the existing government. He starts his major writings in the 1840’s.

His good friend , Moses Hess, introduces him to socialism and helps him formulate his theories, and brings Engels, a capitalist, with his wealth, into the process. This same Hess , who, as I mentioned last time, then went on to be a proponent of Zionism.

He turns the classical world view of then fashionable Hegel on its head- instead of the history of the world being the result of interaction and response to underlying ideals, in particular, human freedom, it is now the means of production that is the driving force of human history.

We approach an era in which physics, not metaphysics, is king. Marx sees economics as the key force in human development. A short synopsis- Marx is concerned about the alienation of the human being, one form the other, especially, in terms of the product of his efforts- alienation of labor. The early farmer or craftsman was directly invested into the product-the grain of wheat, the piece of wood. Modern industrialization, in the early factory system, such as the great textile mills, separated the laborer form the product. There is the formation, under capitalism, of the idea of “surplus value of labor”.

He is not really original on this- he takes off from an earlier economist- also a Jew who had converted to Unitarianism, David Ricardo. [Summary- David Ricardo maintained that the economy generally moves towards a standstill. …modified version of the labor theory of value. … the rate of profit for society as a whole depends on the amount of labor necessary to support the workers who farm "the most barren land that can still maintain agriculture". https://victorianweb.org/economics/ric.html]

He then looks at the development of human  civilization and sees the movement of different modes of production- agrarian- feudal- medieval crafts and guild- to the development of capital ( money) and the centrality of acquiring “ capital” as opposed to land, gold, or hard assets. Hence, his great work, “ Das Kapital” .

This work does not prescribe the solution, but merely the problem and its ultimate end- the machinery of capitalism inevitably crushes the laborer, but it also crushes the petit bourgeoise, the middle class, as it churns and eats up their small businesses, and finally, all the other larger capitalists. All this is economically inevitable ( not for nothing is economics called” the dismal science”). Marx appreciates capitalism in his day as the essential stage of development in human society, in and of itself, it is neither moral nor immoral. Germany and England, which are in advanced stages of capitalism, must collapse under weight, to be replaced by the “ dictatorship of the proletariat” and ultimately,” the withering of the state”, as we return to the primal state of the human being as a sharing-cooperative creature.” From each , according to his abilities, to each, according to his needs.”

Russia and China, in this scheme, could not possibly be the first nations to become communist, as they are backwards, feudal, agrarian-based societies, where capitalism is only in its beginning stages.

I borrow from my father’s summary of Marx’s influence, written in 1937, after he was freed from Nazi imprisonment. He did  his doctorate in Political Science, studying under both Marxist and Fascist academics in Vienna:

“Karl Marx proved that human life is not determined by will and resolution. but by a blind law of the deterministic power of economics which allows no resistance by any other force. Historic development, according to Marx, is determined by the economic condition, that is, that the way of a given society is set by the manner of production and the exchange of goods.  People do not shape their historic societal life through reason and free choice. It is just the opposite.  "The means of production of vital necessities absolutely control the social, political, and intellectual life-process   It is not human consciousness that determines existence, but, on the contrary, it is the historical existence which determines the human consciousness."  “

It is a beautiful theory-neat and clean, based on the science of its day, economic theory- totally comprehensive explanation of all that is, and, like the Biblical faith, inevitably leading to a messianic era. It now becomes a new religion, without need of God or revelation. Marx should not be thought of taking his inspiration directly from Judaism or Christianity- it is, rather, that the Hebrew Bible’s idea of history as a progressive line leading towards an ideal society has shaped Western civilization.

Unfortunately for us, Marx also doesn’t need, or want Jews.

This is excerpted from Marx “ Zur Judenfrage” ( On the Jewish Problem, 1843) , regarding the political emancipation of the Jews:

What is the secular basis of Judaism? Practical need, self-interest. What is the worldly religion of the Jew? Huckstering. What is his worldly God? Money.

Very well then! Emancipation from huckstering and money, consequently from practical, real Judaism, would be the self-emancipation of our time….

He did offer other comments that indicate a malicious nature towards others:

He references a town by the sea, Ramsgate, as” full of fleas and Jews” ( this is where he and his wife go to heal from their illnesses) and of his political rival in socialism, Ferdinand Lassalle as a “ Jewish N***” [ LaSalle was one of the founders of socialism in Germany who convinced Bismark to open elections to all men, not just property owners]

To use the title of a great work against Communism under Stalin, “ The God that Failed”, Marx created a new God. Economics, and the movements that came up afterwards were religious movements requiring absolute adherence to their new catechism.

It failed because of its flawed premises

1) that the production output of capitalism would eventually be frozen- just the opposite-with a free flow of capital, world poverty , by every measure, has diminished geometrically, so that that Socialist parties, in the 1990’s , as much as eliminated the word socialism-as so in the Israel Labor party and as the Histadrut sold off its factories while I was working for them.

2) that capitalism would fail to provide the basic goods that the working class needed to prosper- Bismark, the Iron Chancelor of the new German Reich instituted what we now call “ Social Security”, for example, and Henry Ford, founder of the assembkyline, paid his workers enough to make them consumers of his creation- the Model T.

3) that the “ dictatorship of the proletariat” would create the " workers paradise." Instead, it   would prove to be a greater enemy of the human soul than capitalism ever could.-Ask anyone who has lived in the “ worker’s paradise.”