The Rebirth of an Ancient People June 5 2021

The Rebirth of an Ancient People June 5 2021

The Rebirth of Ancient People

RUSSIA-Jews as enemies of the Tsar

Emancipation in Russia stopped in 5641/1881 -assassination of Alexander II ,( one of the 6 accused was Jewish-which made matters worse) resulting in a series of government organized pogroms. Two hundred pogroms took place in 5641/1881 alone. The May Laws of 5642/1882 revoked many of the Jews’ newly gained rights. Jews were expelled from towns and villages and Jewish college students were limited to ten percent. This was when K. Pobedonostsev, the head of the governing body of the Russian Orthodox Church, capsulated the aims of Czar Alexander III’s government when he expressed the hope that “one-third of the Jews will convert, one-third will die, and one-third will flee the country.”

TS Eliot : Page-Barbour Lectures at the University of Virginia in 1933, when he said: "Reasons of race and religion combine to make any large number of free-thinking Jews undesirable.” From one of his great poems:  In "Gerontion" he writes:"My house is a decayed house, And the jew squats on the window sill, the owner, Spawned in some estaminet [a bar] of Antwerp, Blistered in Brussels, patched and peeled in London." 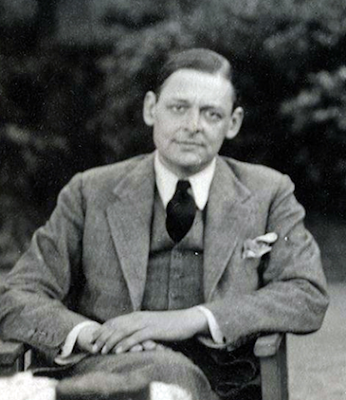 AND THAT WAS  by a friend of Jews! Eliot, it appears, actually liked Jews- just not in his poetry or prose! He wanted to be friends with Groucho Marx!

IN US, the great poet Ezra Pound- Pound's antisemitism can be traced to at least 1910, when he wrote in Patria Mia, his essays for the New Age: "The Jew alone can retain his detestable qualities, despite climatic conditions." The sentence was removed from the 1950 edition. This is long before he betrayed America.

Continues to our day:

“Shocking comments from Kamau Bobb – Google‘s head of diversity – writing Jews have an ‘insatiable appetite for war.’ Any Google search on  antisemitism can show that’s exactly what Bobb expresses in this blog,” per Greenblatt,  CEO of ADL . He is no red-neck !. Probably all his best friends are Jewish.  Dr. Bobb holds a Ph.D. in Science and Technology Policy from Georgia Tech and M.S. and B.S. degrees in Mechanical Engineering from the University of California, Berkeley. He has been eating his hat since and Google has just removed him from this position.

The Moslem world was no better as we enter the modern period, because of the strong reaction against secularism ( like Ataturk’s Turkey or Iran of the Pahlavi Shahs).

Prime example: Muslim Brotherhood: founded in north-eastern Egypt in 1928 by Hassan al-Banna.Such was al-Banna’s hero worship of the Nazi leader, he had Hitler’s autobiography and political anthology, Mein Kampf (My Struggle), translated into Arabic, changing the title to My Jihad. His successor was a major intellectual, educated in the US,Sayid Qutb: Qutb was a staunch antisemite.[75] In 1950, he published a book Our Struggle against the Jews, which forms a central part of today's Islamist antisemitism. From hm, directly to Hamas, Qatar Morsi of Egypt and Erdogan of Turkey. 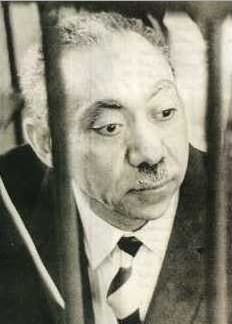 Language goes hand in hand with a sense of peoplehood. Jews realized that, all these centuries, we had lived as a people, before, long before the Germans, the French, the Brits!

For some- it was only the violent overthrow of the existing order that could solve our plight- hence- Jewish involvement in the terrorist group, Narodnya Volya, or the various revolutionary movements of late 19th-early 20 th century. Nihilism-anarchism. “ All property is theft”. Would eventually evolve into the Communism of Lenin’s key allies,Trotsky-Kamenev and Zinoviev ( all purged by Stalin)

Yiddish nationalism and autonomy in place

The "General Jewish Labour Bund in Russia and Poland" was founded in Vilna on October 7, 1897. The Bund sought to unite all Jewish workers in the Russian Empire into a united socialist party… democratic and socialist Russia. ,…hoped to see the Jews achieve a legal minority status in Russia. Of all Jewish political parties of the time, the Bund was the most progressive regarding gender equality, with women making up more than one-third of all members.[6]

Active against anti-Semitism.  defended Jewish civil and cultural rights and rejected assimilation. The Bund avoided any automatic solidarity with Jews of the middle and upper classes and generally rejected political cooperation with Jewish groups that held religious, Zionist or conservative views. Even the anthem of the Bund, known as "the oath" (di shvue in Yiddish), written in 1902 by Sh. An-ski, contained no explicit reference to Jews or Jewish suffering.[Anski-the author of The Dybuk]

Jews as Nation Embedded in Treaty of Versaille- end of WWI

MINORITY RIGHTS, rights enjoyed by Jews and other ethnic minorities ,mainly eastern and southeastern Europe, in the minorities treaties at the Versailles Peace Conference, 1919. Jews and other minority nationals were guaranteed certain minimal rights, and the *League of Nations created a machinery for supervising their implementation .International basis for recognition of Jews as an ethnic entity,

Practical Example- In Soviet Union, Jews would be recognized as a national minority, Yevrei.

Birobidzhan (Russian: Биробиджа́н, IPA: [bʲɪrəbʲɪˈdʐan]; Yiddish: ביראָבידזשאַן‎, Birobidzhan) is a town and the administrative center of the Jewish Autonomous Oblast, Russia, located on the Trans-Siberian Railway, near the China-Russia border. As of the 2010 Census, its population is 75,413, and its official language is Yiddish.[

Why there-1) Jews would settle far from the people who didn’t want them-Russians, Ukrainians, etc 2) They would be a buffer against Japan and China! 3) It would be an alternative to the idea of Zionism, which would focus Jewish attention AWAY from the Soviet Union. 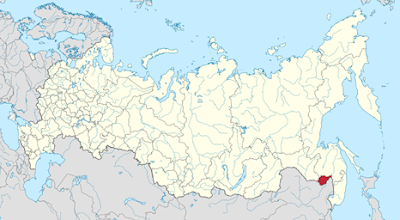 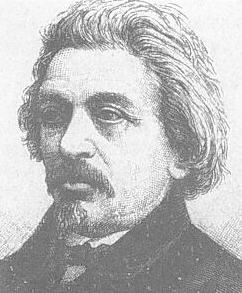 He was a friend and important collaborator of Karl Marx, who was the editor of the Rheinische Zeitung, following his advice, and befriended also with Friedrich Engels.[10] Hess initially introduced Engels to communism, through his theoretical approach.[10] Hess contributed toward Marx's "Communist Manifesto" written in 1848 in particular the term "religion as the opium of the masses.

From 1861 to 1863, German antisemitism.  reverted to his Jewish name Moses (after apparently going by Moritz Hess)[13] in protest against Jewish assimilation. He published Rome and Jerusalem in 1862. He contemplated the rise of Italian nationalism and the German reaction to it, and from this he arrived at the idea of Jewish national revival,. His book calls for the establishment of a Jewish socialist commonwealth in Palestine, in line with the emerging national movements in Europe and as the only way to respond to antisemitism and assert Jewish identity in the modern world. 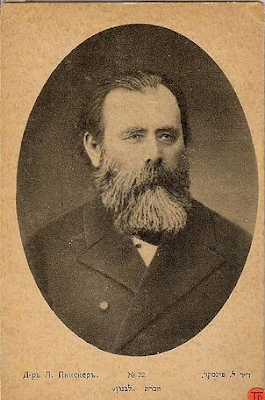 First, believed in Jewish Assimilation to Russian civilization- recognized in pogroms of 1880 that it was impossible:

Auto- Emancipation- we needed to liberate ourselves, not depend on the whims of government.:

This is the kernel of the problem, as we see it: the Jews comprise a distinctive element among the nations under which they dwell, and as such can neither assimilate nor be readily digested by any nation.

Hence the solution lies in finding a means of so readjusting this exclusive element to the family of nations, that the basis of the Jewish question will be permanently removed.

But it is different with the people of Israel. There is no such equality in the nations' dealings with the Jews. The basis is absent upon which treaties and international law may be applied: mutual respect. Only when this basis is established, when the equality of Jews with other nations becomes a fact, can the Jewish problem be considered solved.

Among the living nations of the earth the Jews are as a nation long since dead.

With the loss of their country, the Jewish people lost their independence, and fell into a decay which is not compatible with existence as a whole vital organism. The state was crushed before the eyes of the nations. But after the Jewish people had ceased to exist as an actual state, as a political entity, they could nevertheless not submit to total annihilation -- they lived on spiritually as a nation. The world saw in this people the uncanny form of one of the dead walking among the living. The Ghostlike apparition of a living corpse, of a people without unity or organization, without land or other bonds of unity, no longer alive, and yet walking among the living -- this spectral form without precedence in history, unlike anything that preceded or followed it, could but strangely affect the imagination of the nations. And if the fear of ghosts is something inborn, and has a certain justification in the psychic life of mankind, why be surprised at the effect produced by this dead but still living nation

A fear of the Jewish ghost has passed down the generations and the centuries. First a breeder of prejudice, later in conjunction with other forces we are about to discuss, it culminated in Judeophobia.

Judeophobia, together with other symbols, superstitions and idiosyncrasies, has acquired legitimacy phobia among all the peoples of the earth with whom the Jews had intercourse. Judeophobia is a variety of demonopathy with the distinction that it is not peculiar to particular races but is common to the whole of mankind, and that this ghost is not disembodied like other ghosts but partakes of flesh and blood, must endure pain inflicted by the fearful mob who imagines itself endangered.

Asher Zvi Hirsch Ginsberg (18 August 1856 – 2 January 1927), primarily known by his Hebrew name and pen name Ahad Ha'am (Hebrew: אחד העם‎, lit. 'one of the people', Genesis 26:10), was a Hebrew essayist, and one of the foremost pre-state Zionist thinkers. He is known as the founder of cultural Zionism. He started on his program shortly after the first Aliyah, which did not get very far.

Ahad Ha'am recognized that the effort to achieve independence in the land of Israel would bring Jews into conflict with the native Arab population, as well as with the Ottomans and European colonial powers then eying the country. Instead, he proposed that the emphasis of the Zionist movement shift to efforts to revive the Hebrew language and create a new culture, free from negative diaspora influences, that would unite Jews and serve as a common denominator between diverse Jewish communities. The main goal of Ahad Ha'am's cultural Zionism was the establishment of a new spiritual center for the Jewish nation, which did not necessarily require the establishment of a Jewish state, but did require the establishment of a Jewish majority in its national home.